So I took on a bet. A "sportsman's bet" as it is often known, where there's no money at stake, but something far more valuable - my integrity.

My friend has a safe. A Century safe from Korea which looks much like the 'Sentry' safes I have seen all over the place. The Sentry safes I have seen 'cracked' many times online. The subject of lock picking came up and I was asked, like I often am in such situations "So what, can you pick every lock?". 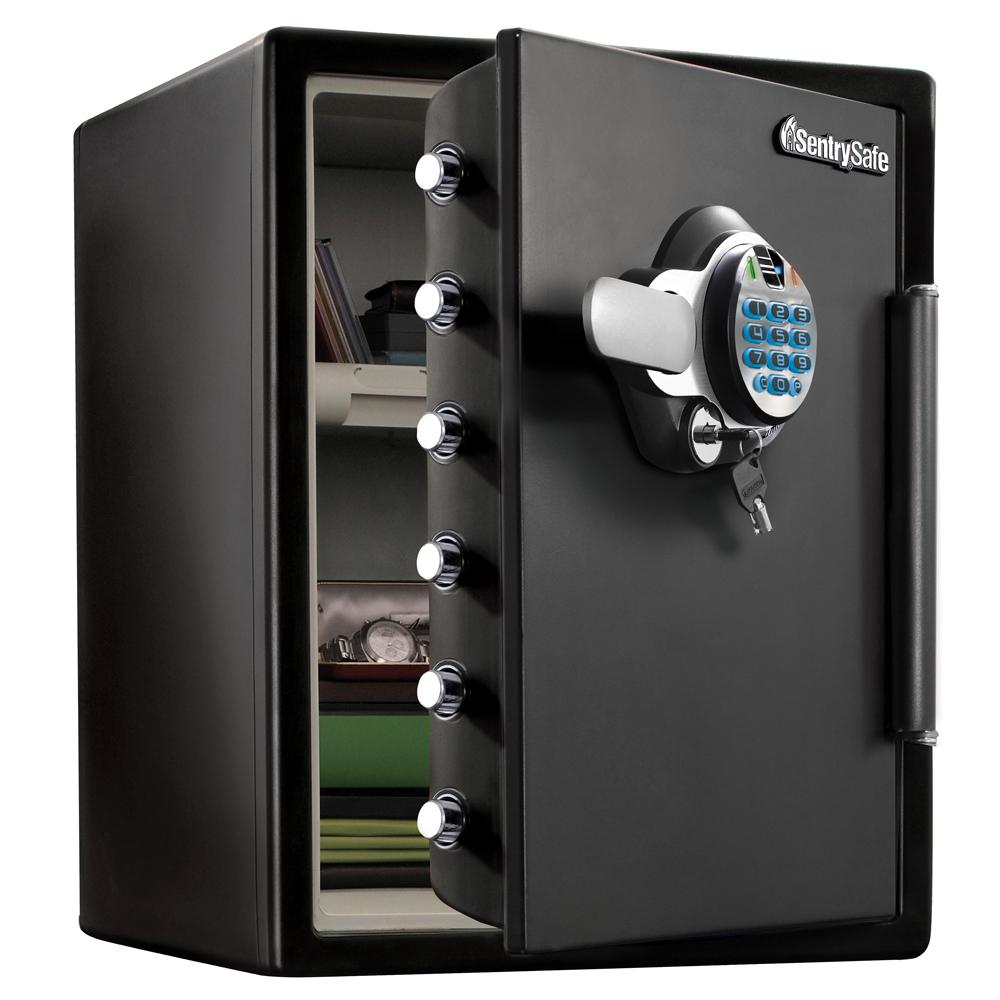 It was one much like this. But 'Century' not 'Sentry', a difference that would appear to have caught me out.

I'm sure some of you will have been asked a similar question, it's quite a common response. But let's just consider it for a moment, "Can you pick EVERY lock?'. It's quite a question. I'm not sure if you said you were a race car driver people would ask "Can you beat every car?" or if you said you were a mountain climber would anyone ask "Can you climb every mountain?". No, they would not. And yet with lock picking I have been asked this many, many times. And while the short answer is "No", I do believe, given the right information, time to prepare, research etc, it is possible to pick every lock.

When I read Marc Tobias' book "Open in 30 Seconds" where he and a friend took the Medeco Biaxial lock, a lock considered one of the most secure locks in the USA today, and absolutely smashed it. Through research, intelligence, cunning, and know-how they found a variety of ways to open the Medico Biaxial without the keys. The Medeco Biaxial, an incredibly sophisticated pin cylinder lock. Fortunately Marc Tobias is an even more sophisticated picker, and in his book demonstrated a variety of techniques and tricks to open it without the key in under 30 seconds.

So, with this in mind, I didn't opt for 'No", I went for "sort of" and before I had time to add all manner of face-saving caveats, he said "what about this lock?", and pulled a curtain aside to reveal a small safe. A Korean made 'Century' safe. With a push button panel, and a keyhole.

I considered my options. There's a chance the part that freezes the key is accessible through the keyway, bypass that, then pick what appeared to be a simple dimple lock (he showed me the key). I checked the buttons for grease and wear - but he told me the six figure code had to be in the right order, so this classic trick wasn't going to work.

Then I thought about a rare-earth magnet. Having seen many such safes opened with a rare earth magnet, pulling on a nickel (ie magnetic) part in the solenoid locking mechanism behind the top left hand side of the door, which opens the safe. But I am currently in Cambodia and I didn't bring my 1" x 3" hockey puck magnet with me because - well, they don't travel well, being super strong and pulling anything magnetic towards them from about 20 inches away, and with speed and power.

My rare-earth magnet, much like the one pictured is currently thousands of miles away, suspending in the middle of a large box using bungee cords to stop it killing anyone. I jest, but they are powerful items.

I thought about 'bouncing' a well known safe cracking technique where a few heavy 'bounces' causes the (frequently weakly sprung and more importantly cheap) solenoid locking mechanism to open. But not being sure, and him living in a high rise, I didn't exactly want to be bouncing his safe up and down on the carpet floor, and get him in loads of trouble with the neighbours. If I had 100% knowledge it would work, perhaps. But to bounce a safe and fail is simply humiliating.

I took some photos of the safe and we shook hands. We had another cup of tea and I made my way home. The name, serial numbers etc of the safe in question.

Now I'm a lock picker. I like a challenge. I LOVE a lock challenge. And like I said, there's no money involved, rather my integrity is on the line. Serious stuff!

I got home and started my research. And not a peep. Nothing. Loads of videos and information about 'Sentry' safes and how to pop them. But nothing about this Korean 'Century' safe. Goolge is riddled with 'Sentry' safes - which I knew it would be. But Century? Nada, nil, zero, naught.

Of course, within just a few minutes of getting home he messaged me "How's the research going?" Feigning composure and ultimate faith in my abilities I answered "All good, nothing to worry about here" I replied, "I'll have that sorted".

Those of you who have read a lot of my blogs, or the 'about' section of our website will know about the first lock I ever picked. It was the telephone lock my parents bought to stop me making prank calls as a child. I wasn't so bothered about not being able to make prank calls anymore, I mean there's only so many times you can laugh at your neighbours arguing with pizza delivery people. Rather I was fascinated by the lock - and how I was going to open it. 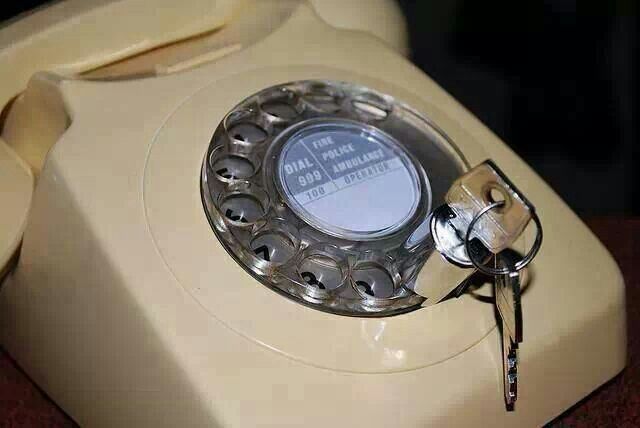 An old dial-up telephone with the type of lock I managed to pick when I was barely out of nappies.

It's the self same fascination that continues today, (many) decades later. A lock is a puzzle, it's a challenge. It's something to beat or be beaten by, and I don't like being beaten. My first ever lock pick set - the gunk scraper from a set of nail clippers.

As a kid - with absolutely no lock picking skills I managed to pick the telephone lock with the gunk scraper from a set of nail clippers. A technique I now know as 'Jiggling' - and the feeling? ABSOLUTELY AMAZING! Not cos I could now do more prank calls, I wasn't even thinking about that, but because I had beaten the lock! The sole purpose of that little plastic and metal unit was to prevent me from using the phone, and I beat it. I won! All these years later and I still get the same amazing feeling when I beat the puzzle, when I win the challenge - when I pick a lock, any lock! It's amazing, and it's what brings us all back, time and time again to a set of picks and another damn lock - the buzz!

So I got online, and started researching the Century Safe BS-500 - absolutely nothing. Plenty of Sentry, but no Century. I found plenty of techniques with the rare-earth magnet, I found the old, smash it over the solenoid area with a rubber mallet - which might be an option. But in truth I wanted my magnet. So I googled "rare earth magnet' to see if I could buy one out here. No joy. And I cannot buy one online because.....I don't have an address. No, I am not homeless, it's just the way it is out here. You can have items sent to the post office to collect, but it's a lottery, and an often expensive lottery with only one winner, who is rarely me. But I did find a post on an expats forum about an accident with such a magnet. And remember what I said about them pulling metal towards them with speed and power? The rare-earth magnet is the disc shaped object at the rear, then there's a block of metal and a pen. But wait, what's that other thing in there? Ah - it's the COMPLETE thumbnail of the person who learned about the strength of such magnets the hard way.

Now if you're a bit squeamish, I wouldn't look at this next picture, because although it took his thumbnail clean off - it also did a fair amount of damage to his thumb - ouch.. "What do you mean don't touch it AAAAAAAARGGGH!"

So no joy there, and with my integrity still on the line I went back to YouTube, and searched 'safe cracking' without "Century" or 'Sentry" and the first video I found was this...

A young boy realizes he can open a 'Sentry' (meh) moneybox with a nail clipper gunk scraper!

I couldn't help but smile. Here was a kid, much the same age as me when I did much the same thing, picking a safe with the gunk scraper from a set of nail clippers. it was as if my entire lock picking journey had - symbolically at least - come full-circle.

So. How to end this blog. Because usually, in this final summary, I tie everything I have said together, I offer some kind of message, some learning, a joke, sometimes even a touch of pathos. But no. Not this time. The ending is quite different. Remember what I said about my integrity being on the line?

Does anyone know how to crack a Century BS-500 safe? My integrity is on the line!